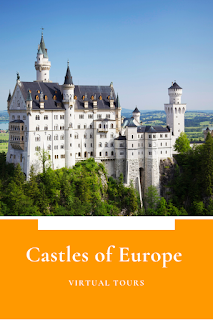 This week we are going to hop across the pond from the US and check out some amazing castle tours in Europe.

We included links to some fun games, puzzles, and toys. I do earn a small commission if you purchase the item through that link.


Why not start with one of the most famous castles of all, Windsor Castle the weekend home of Queen Elizabeth and the site of several royal weddings including Prince Harry to Megan Markle?  After you complete the virtual tours, you can buy this official souvenir so it's like you were really there.

Virtual tours are also available of Buckingham Palace the Queen’s London residence and the administrative headquarters of the monarchy. I visited there in 2016. I also recommend an in person trip to the Royal Mews aka the Royal Stables.  Tip - If you wear an Indianapolis Colts shirt, they will think you are HUGE fan of horses: 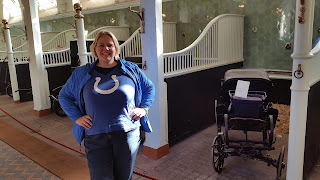 If you want your own version of the Buckingham Palace at home, Lego can help you out:

One of the most impressive tours is a Google Arts & Culture virtual tour of the Palace of Versailles, which includes fun facts about the palace, up close looks at the works of art displayed within the castle walls, and 3D virtual tours.  One fun fact I discovered when I visited is that you can rent a golf cart. It's best way to explore the full grounds. 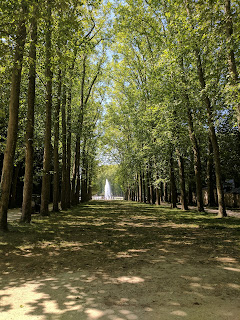 Built almost six hundred years ago is Blarney Castle in Ireland. Visitors flock to the legendary Stone of Eloquence, which is found at the top of the tower. Once at the top visitors kiss the stone in the hopes that they will never again be at a loss for words. You could try kissing the top of this puzzle to see if you get the same result, but maybe less talking during this time is better.

If you have ever dreamt of spending the night in a castle take this virtual tour of Ashford Castle in County Mayo, Ireland. There are 83 rooms available to rent, many of which maintain their original features but have been updated with some modern amenities.  I had a chance to tour and take tea at this beautiful castle in 2019. 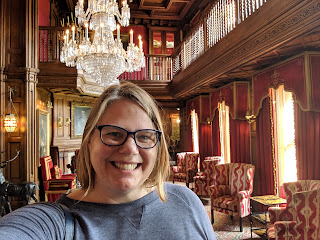 Bran’s Castle also know as Dracula’s Castle is one of the most famous landmarks in Romania. Through this virtual tour you can explore the Castle’s interior and view numerous artifacts throughout the house.  You can also build your own 3D version:

If you are looking for a Cinderella moment, this short narrated YouTube video provides 360 degree views of Neuschwanstein Castle built by Bavarian King Ludwig II in the 1800’s. For more views of this castle, click here. Or you can grab this puzzle:

If you are a fan of the series Downton Abbey download this App and take a virtual tour of Highclere Castle where much of the series is filmed. The App costs $2.99, but for a free photo tour please click here. Or you can build your own:

If you loved these tours, check out these great games:

Asmodee Escape The Dark Castle - Designed for players 14 and older, this simple fantasy adventure game is for 1-4 players, with a focus on storytelling, atmosphere and player cooperation.

Keys to the Castle - A fast-paced game of strategy and luck for 2-6 players ages 8 and up. Race against your fellow knights through the castle, where behind every door awaits a surprise. By opening and locking doors, be the first to cross the precarious maze to the other side.

Castle Panic - A cooperative tower defense board game for 1-6 players, ages 10 and up. Players must work together to defend their castle, in the center of the board, from monsters that attack out of the forest at the edges of the board.


My First Castle Panic - Players must catch the monsters before they smash their castle flat. For 1- 4 players, ages 4 and up.