Deana C. and her family took a 7 night Alaskan cruise round trip from Seattle on the Norwegian Pearl. Her sons were 17 year old, 14 year old, and 12 year old at the time of sailing. 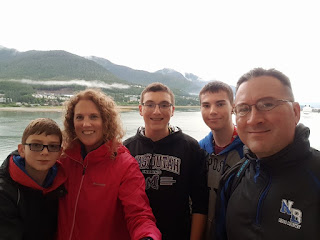 Here's what she thought:


" Hi Angie! We had a great time! The best part was being on the ship with the kids. They had lots of activities they could participate in. The oldest spent time in the teen club, playing video games and running around play games on the ship. The 14 yar old played a lot of basketball with other kids. The youngest did some tween club stuff, mainly free play, he really wanted to join in the teen activities but was a year too young. He also played soccer with kids on the basketball court. They played shuffleboard and chess on the big chess board on the deck. We all enjoyed the shows. Comedy was our favorite. 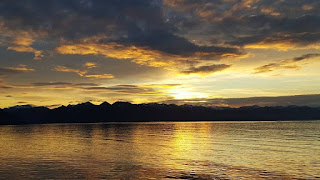 We loved our excursions. The eagle raft trip was a favorite. I think the kids would have loved a little more excitement. They really liked the dog sled excursion - a family favorite as well. We probably could have done without the Totem pole excursion. Jay liked the Lumberjack show, but I could have done without it. If I had to do it over we would have skipped those 2 and rented the Humber and did the make your own tour. We added a bus tour in Victoria. Although informative, I would have liked it if they had dropped us off in town instead of back at the port. By the time we figured out the best way for us to get back into town it was too late and we were tired.


Over all we were very pleased. A trip of a lifetime for us. Maybe if we had thought it through we could have done a cruise where we started in one city and ended in another so maybe we were not out to sea as much."

She highlighted one of the tradeoffs when choosing an Alaskan cruise itinerary: whether to go round trip from Seattle or Vancouver or to go one way from a city in Alaska to Vancouver or Seattle. The one way itineraries can add on a glacier to one of the Sea Days.

If you want to explore if an Alaskan cruise is right for your family, email me or schedule a time to chat.