This Summer at Disney World

Buckle you seat belts, so many exciting things are coming to Disney World this summer!

Magic Kingdom
Mickey's Royal Friendship Faire will debut on the main stage this summer. It marks the first appearances by Tiana and Rapuznel in a center stage show. I got a sneak peek of Mickey's new outfit: 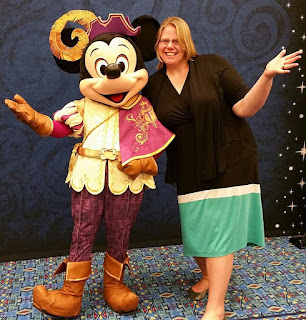 Epcot
Dory and other characters from Finding Dory will join Crush at Epcot's Turtle Talk with Crush beginning in early May.

The Frozen Ever After attraction in the Norway Pavilion at Epcot is sent to open in June. Norway will also open Royal Sommerhaus - site of the new Anna and Elsa character greeting location.

Soarin' will reopen on June 17th with a brand new flight around the world!  Take a sneak peek:

Animal Kingdom
A new table service restaurant will open at Disney's Animal Kingdom for lunch and dinner Memorial Day Weekend. Tiffins will be in the Discovery Island area and will feature global cuisine highlighting Africa, Asia, and South America. The great news is that restaurant will also have a lounge - Nomad Lounge. This lounge will not require reservations and offer small bites with a waterfront view.

To celebrate the new live action Jungle Book movie, Animal Kingdom will have a limited engagement “The Jungle Book: Alive with Magic” Show”.

Starting May 27th, Animal Kingdom will start to offer nighttime experiences. The Tree of Life will illuminate with a 3 minute light show. In the late afternoon,  a dance party featuring music and costumed dancers will kick off. In the evening, Harambe Wildlife Parti brings a great street festival to the Harambe area of the Park.

Hollywood Studios
The new Star Wars experiences will continue through the summer: Launch Bay,  the Fireworks Show “Star Wars: A Galactic Spectacular.” , the live stage show  “Star Wars: A Galaxy Far, Far Away” including a Storm Trooper procession from Launch Bay, and, for the kiddos, Jedi Training: Trials of the Temple.

Blizzard Beach
Kristoff and Olaf will host Frozen Games at Disney's Blizzard Beach Water Park. You can join “Team Kristoff” or “Team Olaf” and participate in a variety of activities, including Ice Pail Relays, a Snowball Toss to Ski Pole Limbo and Slide Races.

Olaf and Kristoff will join the Winter Games Committee members in the games’ Opening and Closing Ceremonies, and will give updates throughout the games to report on their team’s achievements.


Disney is still offering on up to 30% room this summer if you book by June 10th. Please email me if you have any question or click here to set up a free 20 minute chat.