Guest Review: Bahamas Cruise on Monarch of the Seas

Delightful Cruise on the “Old” Lady of the RCCL Fleet

Booked a 3-night Bahamas cruise with my wife - Angie of Trips with Angie.  We live in Florida and can reasonably drive to four ports.  This time was Port Canaveral.  Ports of call were Nassau and CocoCay.  The ship is about to be sold to another cruise company in April 2013 so this is one of the last cruises.  We were in Outside Cabin 2026 forward starboard.  It has small porthole.  Perfect size for a short cruise but would want larger for a 7-night.  No issues with the room itself but we did have some loud “banging” below and around our cabin on two of the nights.  We never did find out what it was, but since the ship is 21 years old, we wrote it off to old age.  The staff and crew onboard were so friendly.  The cabin steward welcomed us which was a very nice touch.


Bar and restaurant service was top-notch.  The food in the main dining room was the best I have had on any cruise.  Standouts were the pork medallions, beef tenderloin and sautéed mushrooms. 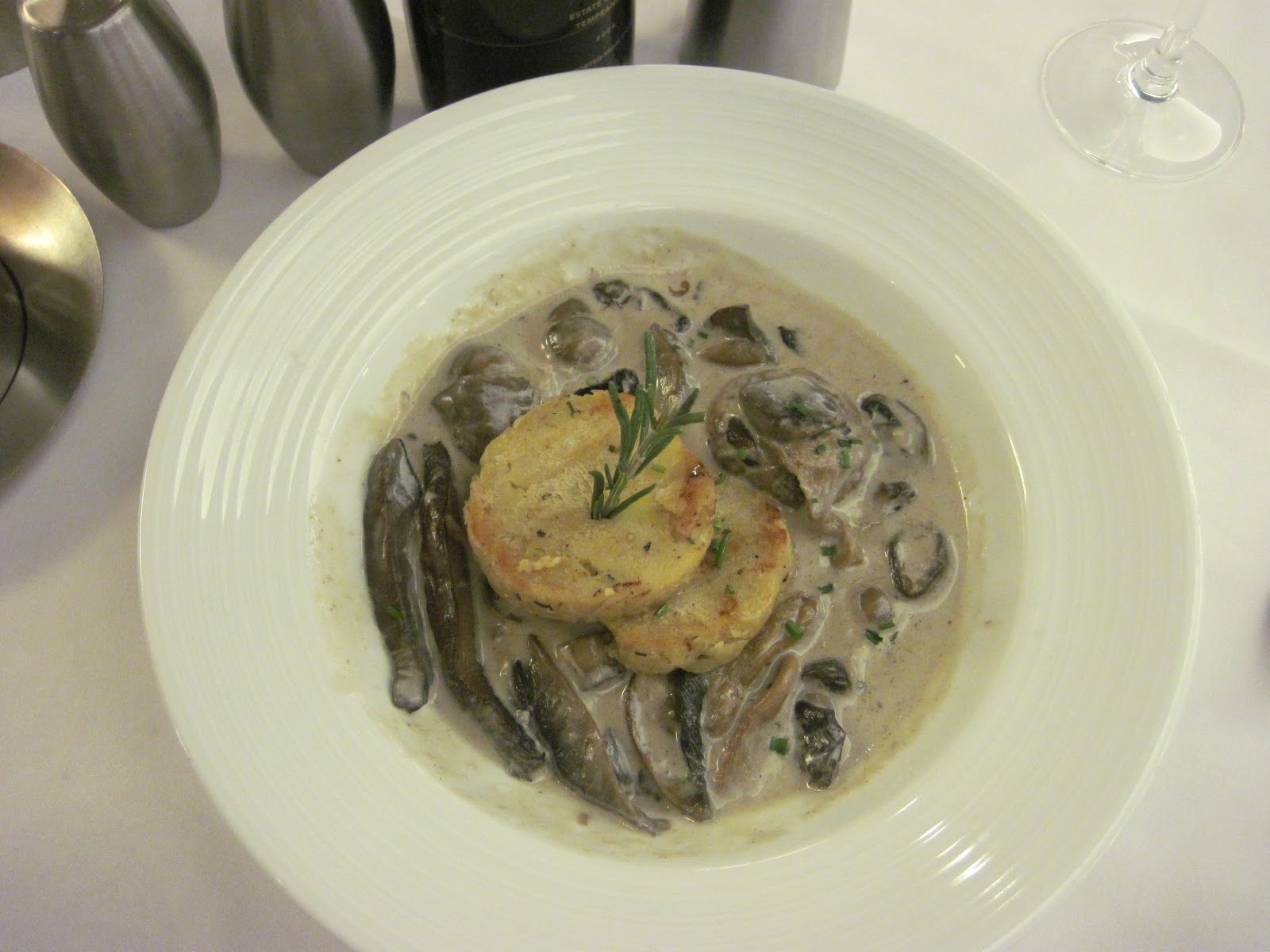 They have a fantastic lunch menu as well.  They have a salad bar setup in the dining room where you have the attendants add the greens, toppings and dressing you want. They had four types of greens, grape and Roma tomatoes, several proteins including bacon, prosciutto and chicken along with several dressings.  Then they chop it up for you and serve.  It is a really wonderful idea.   The lunch menu option had a lot of good choices including tomato risotto and grilled barramundi which was nicely spicy.  We had embarkation lunch in the buffet and found it just okay.  It is a smaller ship so the selection is limited by size.  The burgers were good.  Pizza just average – maybe better as a late night snack.    Room service breakfast was okay but coffee was cold which was disappointing.  We wondered if they realized the thermos’ didn’t work  - or maybe they poured the coffee hours earlier.  We only got to try it once because on the second day, they didn’t pick up our room service ticket even though it had been placed on the door by Midnight  (the ticket stated it would be picked by 3AM).  Only continental breakfast was on the menu and it was decent but they need to work on the coffee.
Entertainment


We attended the welcome aboard show and they had a funny comedian who we later saw on the last night for the adults-only show.  Attended the Love and Marriage game show and surprisingly they had a new list of questions from what I had seen before on past RCCL, Carnival and NCL cruises.  Well done for not having the same old questions!!  Our second port was CocoCay and we had to miss that port because it was not safe to tender.  The cruise director (Marc) had to change the day’s activities to a Sea Day and it was surprising how seamlessly it went since it wasn’t announced until 8AM in the morning.  We went to a lot of activities including Napkin Folding and many trivia contests.  I enjoyed the movie theme trivia the most.  We saw the belly flop contest at the pool which was fun since they allowed everyone poolside to vote on each “flop”.  They had other pool activities (Sexiest Man and Pool Games), but we were at other activities and missed them.  We went to the piano bar and didn’t like it.  The player didn’t have a list of the songs he knew which has been a staple of other piano bars.  He seemed more interested in promoting his business since the piano was littered with his business cards.    He was also drinking shots which I didn’t think was appropriate.  The ship has a great Canadian band called Hounds of Liberty which played several times.  Once was an acoustic set before dinner which I thought was their best. 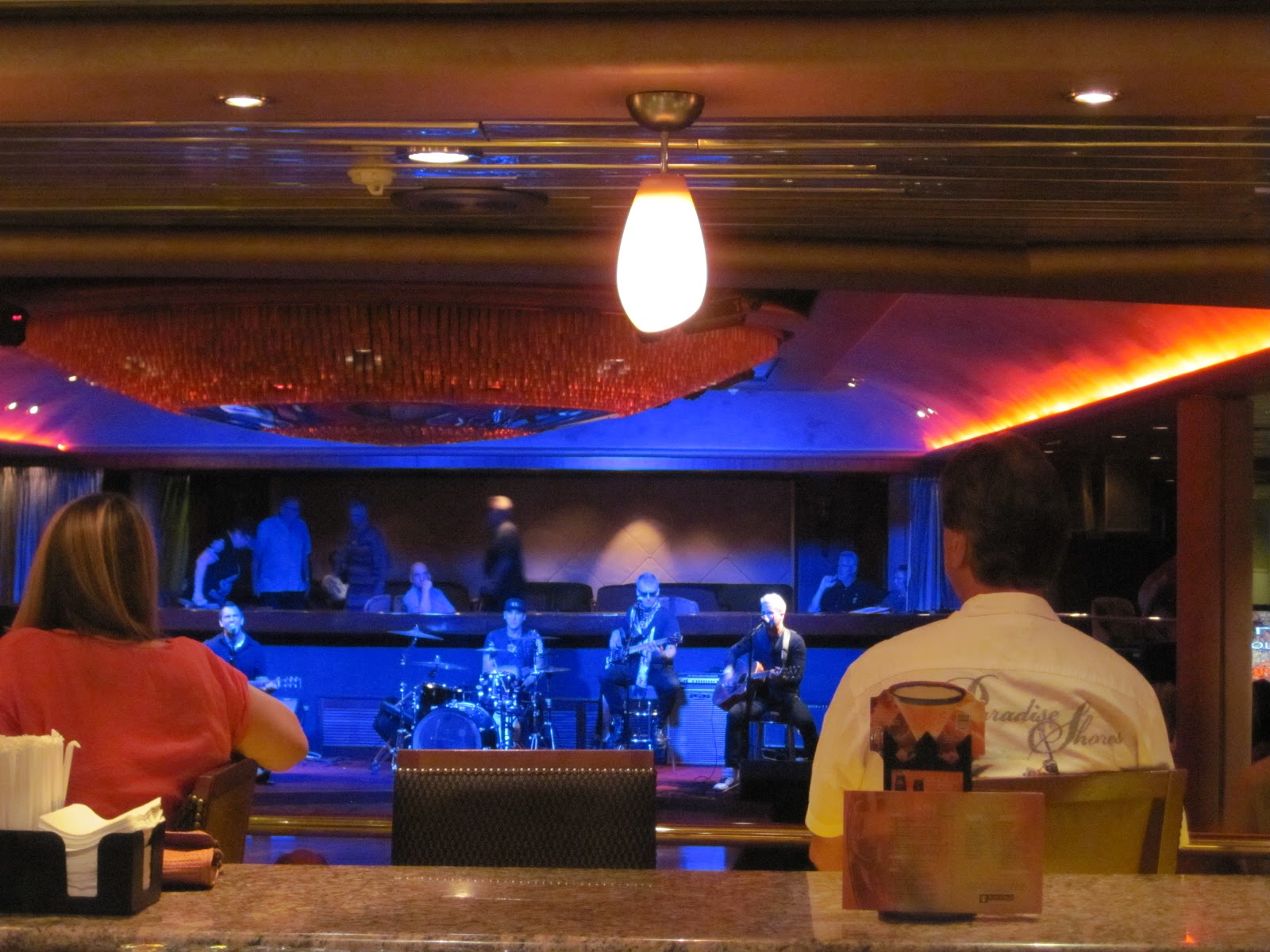 We attended the Crown and Anchor returning guest party.  It was really nice.  Tasty appetizers including mini bruschetta, chicken wings and spicy mozzarella sticks.  Drinks were free-flowing and we heard you could have ordered what you wanted although we were fine with the champagne and rum punch.  They had a nice presentation for frequent cruisers including one women who have 750+ plus cruise points – and only since 2006.  She is the definition of frequent cruiser!!
Cleanliness and Upkeep


Given that the ship is 21+ years old, it is in very good shape.  The furniture in the lounges appears to be very new. Carpeting and flooring in good shape.  Perhaps because of the upcoming sale?  Didn’t experience any cleanliness issues.  Public bathrooms were always immaculate and often being cleaned.
Wrapup


My wife and I aren’t loyalists to any cruise brand – we always go based on price point.  Will we be back on an RCCL cruise again? Yes.  I was impressed with the experience and if the price is right, we’ll book another cruise.   I also will be curious what the new owners of Monarch will do with her.  I heard onboard she was headed to the Southern Caribbean.  It would be interesting to see what changes the new company makes.