San Diego is the eighth largest city in the US and 2nd largest city in California, it is located 120 miles south of Los Angeles adjacent to the border with Mexico. Known for its mild year-round climate, natural deep-water harbor, extensive beaches, and long association with the United States Navy. There is plenty to see and do here.

The San Diego Zoo located in Balboa Park not far from downtown, is one of the most famous Zoos in the world. This zoo was the pioneer in the concept of open-air, cageless exhibits that re-create natural animal habitats. This zoo is home to over 3,700 animals of more than 650 species and subspecies. It is open every day of the year including holidays. The Zoo also operates the San Diego Safari Park. The Safari Park is located approximately 32 miles from the Zoo in Escondido, CA. It is visited by 2 million people annually, houses over 2,600 animals representing more than 300 species, as well as 3,500 plant species. 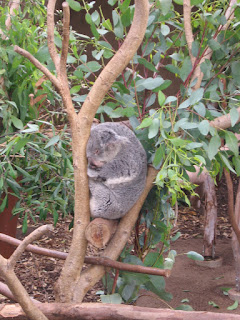 The region is well known for its many excellent craft beers, some of which are being offered nationally and internationally. A few breweries are within walking distance around the downtown area, not far from the Embarcadero or Convention facility, these include Ballast Point, Stone and Karl Strauss to name a few. Other are just a short cab ride away.

Speaking of the Convention center and Embarcadero, Seaport Village located in between the two, is one of the best places for tourists and convention goers to shop for souvenirs. This fun, outdoor shopping area is filled with unique shops and restaurants as well as typical souvenir stands. In the center of Seaport Village is a hand-carved Carousel dating back to 1895. The Carousel is open daily and rides are just $3.

Located just down from Seaport Village on the Embarcadero is the USS Midway and Museum. The USS Midway was America's longest-serving aircraft carrier of the 20th century, from 1945 to 1992. Approximately 200,000 sailors served aboard the carrier, known for several naval aviation breakthroughs as well as several humanitarian missions. A self-guided audio tour, narrated by former Midway sailors to more than 60 locations, including sleeping quarters, engine room, galley, bridge, brig, post office, pilots' ready rooms, officers quarters, and primary flight control. Other features include climb-aboard aircraft and cockpits, videos, flight simulators, and a narrated audio tour for kids.

Coronado Island is accessible by car or for more relaxing experience while enjoying views of San Diego Bay and the downtown skyline take the 15-minute Ferry ride from the Embarcadero. The Ferry will deposit you in an area with restaurants, shops and a small beach. If you want to explore more of the Island, take a bike along with you on the Ferry, otherwise you will likely want to drive over the bridge to the island. Coronado Island is also home to Loews Coronado Bay Resort. The hotel situated on it’s own 15-acre peninsula offers stunning views of the San Diego skyline. The resort also has 439 luxury guest rooms and 37 suites, it features three heated pools, a hot tub spa and sauna. The Crown Landing restaurant serves unforgettable Southern California Coastal Cuisine and the Sea Spa is known for it’s signature spa treatments and therapies.

Back near downtown San Diego located on India Street between Beech and Laurel Streets is Little Italy. The area is reputed to be among the best Little Italy’s in America. Many restaurants have great happy hour offerings of great food, wine and beer at lower prices. If you are visiting the area on a Saturday, check out the region’s largest farmer’s market. Come to shop or for breakfast or lunch from one of the many street vendors. The market is open from 8 am to 2 pm, go early as it is extremely popular. The area is walkable from the Cruise Ship terminal and many downtown hotels.

"Old Town San Diego”, a 10 minute Trolley ride from the Santa Fe Depot in Downtown, contains historic buildings and renderings from San Diego’s long historic past. Also you will find a large concentration of Mexican restaurants, shopping and several bazars.

Moving north up the coast to La Jolla is Birch Aquarium a world renowned Scripps Oceanographic Institute - It is located overlooking La Jolla Cove from the north and the Pacific Ocean. Guest will enjoy hands-on encounters as well as the many exhibits.

Situated on the cliffs overlooking the Pacific on the north side of La Jolla is Torrey Pines, golf lovers won’t want to miss out on an opportunity to play here, make sure to make reservations in advance of your visit as it is a very popular place to play. Tiger Woods won the US Open here in 2008. Torrey Pines will play host to the U.S Open again in 2021.

Hidden gems can be found in nearby scenic Temecula. The area boasts over 40 craft wineries. Due to the weather, topography and soil, a greater variety of grapes and therefore wines are available here than in Napa Valley. You can do it as a day trip, as it is a little over an hour from downtown by car, or plan an overnight at one of the area’s unique family owned hotels or more popularly known chains, and then from a prearranged mini-bus be shuttled among a number a wineries before being returned back to your hotel at day’s end. If there is a beer lover in your group, Temecula also has several craft beer breweries to try. "Old  Town Temecula" has a number of  unique boutique shops to check out.

The San Diego area is also conveniently located near several popular theme parks including Sea World, Legoland in Carlsbad, and Disneyland in Anaheim.

Travel Tip- October is Kids Free month at the Zoo and many museums in the San Diego area.