To celebrate July and summer, we are going to focus on family friendly itineraries in the United States.

We are kicking off the series with St  Louis, Missouri. 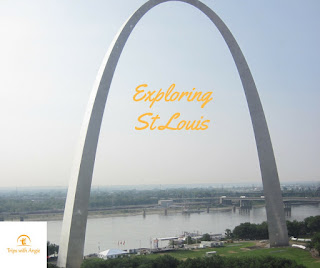 Katy, our travel concierge, shares her local perspective on this great city:

Ever wondered what there is to do in the middle of the country? In St. Louis, MO? A lot! And much of it is free.

Known as the Gateway to the West, visitors arriving into downtown St. Louis by car from Illinois will be greeted by the iconic 630-ft Gateway Arch, the nation’s tallest manmade monument. Visitors wanting to stop and take a closer look can ride to the top of the monument and then check out the Museum of Westward Expansion afterwards.


St. Louis has many free and low cost attractions.  Many of these are located a short drive from downtown in Forest Park. The St. Louis Zoo was recently voted “Best Zoo” by USA Today. General admission is free. Some attractions charge an extra fee such as the sea lion show, the 4-D Theater and the railroad. The Zoo lot charges for parking, but free street parking is within walking distance.

The St. Louis Science Center, also located in Forest Park has free general admission with some special attractions charging a fee. Exhibits focus on ecology, dinosaurs, energy, the human body and how food grows.  You can park for free by the Planetarium and walk over the sky bridge across the highway to the main museum or pay to park in the main Museum lot.


Several other attractions also free in Forest Park are The St. Louis Art Museum, The Missouri HistoryMuseum, and The Muny. The Muny, the nation's largest and oldest outdoor theater has seven live musical performances each summer starting in mid-June and ending the first part of August. For every performance, there are nearly 1500 free seats available at the back of the theater. They are available on a first come, first served basis.


You may be hungry after checking out some of these great area attractions. Foods to try that are native to St. Louis include Toasted Ravioli, Provel Cheese, St. Louis style pizza, Gooey Butter cake, A Slinger (a St. Louis diner meal consisting of two eggs, hash browns and hamburger, steak, or other meat, all covered in chili, onions, and cheddar or American cheese), St. Louis style BBQ,  and a Frozen Custard Concrete. Many of these dishes and treats can be found in local bars, and restaurants.

What are your favorite St Louis attractions?