Many people have seen the advertisements for Viking Cruise Lines - especially those of you who are big fans of Downton Abbey. 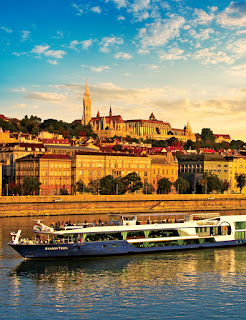 Did you know that there are several River Cruise Lines out there?


In the European market, you have several options of river cruises to choose from. So how do you tell the differences? The itinerary and what’s included are important considerations. Click below to get a copy of my River Cruise Comparison Chart.

For Email Marketing you can trust.


The other big differences are the number of people onboard and the cabin layouts.


Because of the size of the rivers in Europe, the cruise ships are all basically the same size. They have to be able to fit down the river and under the bridges. You really begin to see differences in how each cruise ship is laid out to maximize the space available. For instance, Viking fits more people on their cruise ship than some of the other cruise lines. The benefit of this is that it lowers the price point and the downside is that you have smaller cabins and more people enjoying the same amenities.


Another big touch point in river cruises is the issue of a balcony versus a large window that opens. Because river cruising happens all year round, some cruise lines like Avalon have taken balconies away from their cabins.  They extend the cabin to make it a little bit bigger and added a floor-to-ceiling 7 foot wide window that can open. It's basically turns your entire cabin into a balcony. Other ships still have either a French balcony meaning it's kind of just a window that opens or a small balcony that extends out from your cabin. Click here to learn more aboutAvalon’s cabins.


A few other important things to know about River Cruises


·        The river docks can get crowded. This means you may have to walk from your ship onto another ship before reaching the dock. For this reason, river cruises can be difficult for guests with mobility issues.


·        Your cruise can turn into a bus tour. Rivers can be low or high depending on mother nature. If the river is too high, the ships can’t pass under the bridges. If they are too low, the ship can get stuck.


·        In Asia, South America, and Africa all the cruise lines contract with the exact same ships so it’s even more important to understand what the different packages include.

If you have any questions, please email me or set up a time to chat.

Thanks for signing up!