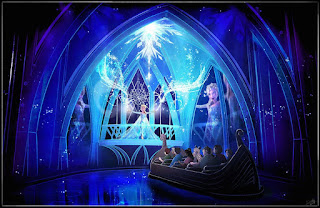 Located in the Norway pavilion at Epcot, Frozen Ever After allows you to set off on an adventurous boat tour through the kingdom of Arendelle. First, you’ll be transported to the “Winter in Summer” Celebration where Queen Elsa embraces her magical powers to create a beautiful “winter-in-summer” day for the entire kingdom. Next, you will pass Troll Valley on your way up to the icy North Mountain to Queen Elsa’s Ice Palace before your return trip to the Bay of Arendelle.

You can begin booking FastPass+ for Frozen Ever on Saturday, May 21, 2016.

And, over at the nearby Royal Summerhus, Anna and Elsa’s summer home, the royal sisters will be available for will for greeting opportunities. The Norway Pavilion will open at 9 a.m., along with the Future World area of Epcot.

Don’t forget, you can also spot Anna and Elsa over at Magic Kingdom® Park in the “Festival of Fantasy Parade” and the new “Mickey’s Royal Friendship Faire” show coming to Cinderella Castle Forecourt Stage. Be sure to check the My Disney Experience app for the latest locations and times for any Disney Character.

Beginning May 27, 2016, you will be able to experience the magic of nature on display at Disney’s Animal Kingdom® Theme Park at night - for the first time ever.  The park will awaken at night with new rich experiences under the stars and, on May 28, The Jungle Book: Alive with Magic live show will debut at the park.

Beginning May 27, animal spirits will be brought to life each night by magical fireflies that reveal colorful stories of wonder and enchantment along with other amazing sights at the tree.

After the sun sets, you also will be able to explore Kilimanjaro Safaris and see the nighttime behavior of the wildlife and better tune in to the unique vocalization of the animals like never before.  Among the new experiences, the village of Harambe in Africa will become the place to enjoy “Wildlife Parti” and the spirited community of Discovery Island will come together to celebrate their love of the natural world with the Discover Island Carnivale.

And the park’s Discovery River will awaken at night and become a stunning stage for performances of the limited-engagement show The Jungle Book: Alive with Magic, inspired by the hit live-action film Disney’s The Jungle Book.  Shows will feature memorable moments from the film, including the iconic Shere Khan, and will be filled with music and special effects that celebrate the movie and classic songs, infused with an Indian influence.

You can enjoy your last chance to hang-glide across the snow-capped mountains, above towering redwoods, and along the rocky shorelines of the Golden State.

Epcot® Guests will enjoy farewell flights when the classic Soarin’ returns to The Land pavilion in Future World starting May 27, 2016. The attraction reopens at Epcot in Walt Disney World Resort before the new film, Soarin’ Around the World, debuts next month Disney parks in Shanghai, California and Florida.

Disney FastPass+ service will be available starting May 21 for this limited opportunity to enjoy the classic Soarin’ experience at Epcot.

The new film, Soarin’ Around the World, debuts June 17 at Disney California Adventure Park at Disneyland® Resort and Epcot at Walt Disney World Resort the day after its world premiere at Shanghai Disneyland and highlights landmarks from across the globe.

Recently, we shared some details about “Mickey’s Royal Friendship Faire,” coming to the Cinderella Castle Forecourt Stage at Magic Kingdom® Park at Walt Disney World® Resort, and today we’re pleased to tell you this fantastically fun new show will make its debut on June 17, 2016! 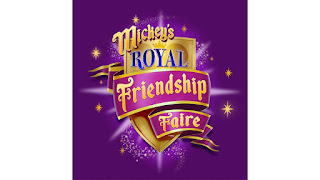 “Mickey’s Royal Friendship Faire” brings to life beloved Disney stories both classic and contemporary in a spectacular performance featuring an original song, memorable music, lively dancing, delightful costumes and special effects magic. Mickey and his troupe of Merry Makers have invited friends from other lands to join them in a grand celebration. So in addition to favorites like Minnie Mouse, Donald Duck, Daisy Duck and Goofy, the show also brings together a wonderful cast of characters from some of Disney’s newest classics: “Frozen,” “Tangled” and “The Princess and the Frog.”

“Mickey’s Royal Friendship Faire” celebrates the unique stories of the citizens who make up this magical kingdom and the wonderful things that can happen when we try new things, go to new places and get to know new friends.

Several new Star Wars experiences have debuted at Disney’s Hollywood Studios® at Walt Disney World® Resort over the past year, from the opening of Star Wars Launch Bay in December to the most recent additions of the Star Wars stage show “Star Wars: A Galaxy Far, Far Away” and the daily march of Captain Phasma and her fleet of Stormtroopers earlier this spring. Today we’re happy to share an update on the next exciting Star Wars experience that’s set to delight fans at Disney’s Hollywood Studios – the new Star Wars fireworks show, “Star Wars: A Galactic Spectacular.” 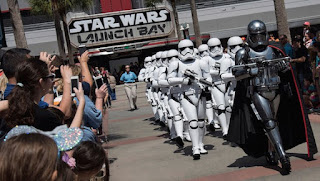 This new nighttime show, which will be the most elaborate fireworks display in this park’s history, will begin nightly performances on June 17, 2016. This elaborate show will combine fireworks, pyrotechnics, special effects and video projections that will turn the park’s Chinese Theater and other buildings into the twin suns of Tatooine, a field of battle droids, the trench of the Death Star, Starkiller Base and other Star Wars destinations. And the show, which will feature music from throughout the film franchise, will be punctuated with a tower of fire and spotlight beams, creating a massive lightsaber in the sky.

Countdown to the opening of the newest Disney signature restaurant at Walt Disney World® Resort – Tiffins at Disney’s Animal Kingdom® Theme Park, featuring cuisine and beverages from places that inspired the creation of the Park.

Open for both lunch and dinner, Tiffins is situated near Pizzafari on Discovery Island, near what will be the entrance to Pandora – The World of AVATAR, when it opens in 2017. (“Tiffin” is an Indian English word for a midday meal or a type of container used to carry food while traveling). Adjacent to Tiffins, Nomad Lounge features waterfront views in addition to hand-crafted cocktails with African, Asian and South American flavors; beers, and sustainable wines from those regions, plus specialty non-alcoholic beverages and small bites.

Here’s a look at the menu for both Tiffins and Nomad Lounge. 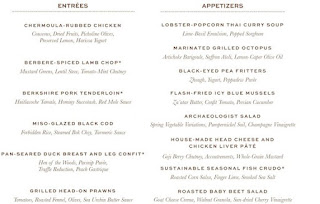 The park’s culinary team is working on special dining packages which will begin May 28 at Tiffins and Tusker House Restaurant for the new limited-engagement nighttime show, The Jungle Book: Alive With Magic.

Similar to the popular Fantasmic! Dining Packages at Disney’s Hollywood Studios®, the Dining Package includes reserved seating for the nighttime show. At all-you-care-to-eat Tusker House Restaurant, you can choose the breakfast, lunch or dinner buffet on the day of the show (but they have to dine at least 2 1/2 hours before the show). Breakfast is $37, $23 ages 3-9, plus tax and gratuity; lunch and dinner, $49, $30 ages 3-9, plus tax and gratuity. Tusker House Restaurant is on the Disney Dining Plan and counts as one table-service meal.

At Tiffins, the package includes the choice of appetizer, entrée, dessert and non-alcoholic beverage at either lunch or dinner. The Dining Package is $67 for adults, $32 ages 3-9, plus tax and gratuity. Tiffins is on the Disney Dining Plan and counts as two table-service meal credits.

Reservations will open tomorrow, May 21, 2016 for Tiffins restaurant as well as Dining Packages for The Jungle Book: Alive With Magic nighttime show, and can be made by visiting DisneyWorld.com/dine or by calling 407-WDW-DINE.

If you have any questions about these new attractions, join my LIVE Disney World Q&A Sunday at 8:00 pm. Click here for more information.
Posted by Angie at 12:55 PM