Six New Must Do Experience at Disney World

Disney World is constantly evolving.
Check out these six new Must Do Experiences. 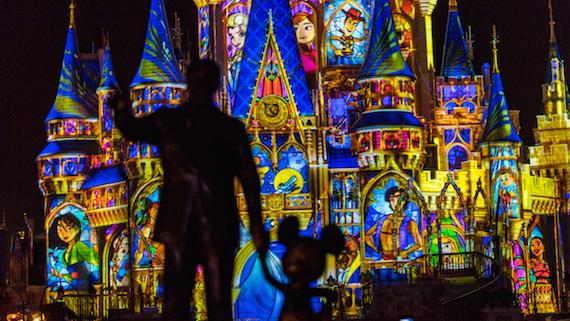 1. Watch “Happily Ever After” Fireworks - This new nighttime fireworks spectacular is performed nightly at Magic Kingdom® Park.
2. Explore Pandora - The World of Avatar - You know I had to include this.
Click here for more details from my sneak peek.
3. Enjoy “The Music of Pixar LIVE! A Symphony of Characters” at Disney’s Hollywood Studios - This special event showcases a selection of unforgettable soundtrack favorites from Disney•Pixar “Cars,” “Finding Nemo,” “Monsters, Inc.,” “Toy Story” and “Up,” performed by a live orchestra and includes appearances by beloved Disney•Pixar characters like Woody, Buzz and Jessie. This 40-minute concert is presented three times nightly at Theater of the Stars, following regular daily performances of “Beauty and the Beast: Live on Stage.” Right now, it's only scheduled through the summer.
4. Explore Additions to Star Wars Launch Bay - Replicas from “Rogue One: A Star Wars Story” have been added to  Star Wars Launch Bay at Disney’s Hollywood Studios®. Star Wars: A Galactic Spectacular returned earlier in 2017 to light up the sky. Be sure to "meet and greet" BB8.
5. Slide Through Miss Adventure Falls - This family-friendly raft adventure just debuted to at Disney’s Typhoon Lagoon® Water Park
6. Watch the “Disney Movie Magic” Projection Show - This new projection show at Disney’s Hollywood Studios transforms the park’s iconic Chinese Theater with special lighting and state-of-the-art projection mapping technology to put you right in the middle of a high-energy celebration of films from the Disney family of studios. There will be dozens of movies highlighted, from Disney classics like “Mary Poppins” to contemporary blockbusters such as “Pirates of the Caribbean,” the Indiana Jones adventures and this summer’s “Guardians of the Galaxy Vol. 2.”


I hope you get a chance to check these out. If you do, let me know what you think.