Fall is a magical time at Walt Disney World and on Disney Cruises as Disney offers special experiences for the holidays and the great Food and Wine Festival. 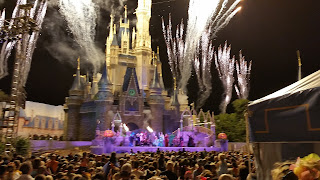 If you want to make these parties even more special, you can purchase tickets to a special dessert party:

.
A valid ticket to Mickey’s Not-So-Scary Halloween Party or Mickey’s Very Merry Christmas Party is required to attend the fireworks dessert parties or to make dining reservations on event nights.

Disney Cruise Line also gets in the festive spirit with special themed sailings.
Thrills and chills await youat every turn during Halloween on the High Seas, thanks to not-so-scary parties, eerie entertainment and bewitching décor – including an evolving Halloween tree that transforms throughout the cruise. Sail dates include:
Disney Magic – Oct. 2-29 , 2016
Disney Dream – Sept. 2-Oct. 31, 2016
Disney Fantasy – Sept. 3-Oct. 29, 2016

Epcot's Food and Wine Festival is a crowd favorite for many Disney visitors.
Culinary notables Geoffrey Zakarian, Maneet Chauhan, Duff Goldman, Elliott Farmer, Masaharu Morimoto and Graham Elliot will step up to the stove to host their first festival special events such as seminars and culinary demonstrations. Other chef icons like Robert Irvine, Cat Cora, Norman Van Aken, Elizabeth Falkner, Buddy Valastro and Jamie Deen will return to entertain foodies and inspire their palates at premium events that include Party for the Senses grand tastings featuring reimagined entertainment.
For a second consecutive year, ABC’s Emmy-Award-winning lifestyle series, “The Chew” will arrive to produce a full week of programs on the show’s exclusive Epcot festival stage.
And, for the first time, you can enjoy the following festival experiences at Walt Disney World Resort hotels:
Ever wish you could visit Magic Kingdom or Hollywood Studios with minimal crowds? That sounds like a dream come true to me. Well, now you can with Disney Early Morning Magic.

Beginning Aug. 1, 2016, a select number of Walt Disney World® Guests can experience Disney Early Morning Magic at Disney’s Hollywood Studios. Guests can experience Star Tours – The Adventures Continue, Toy Story Mania!, Pixar Place character greetings (with Woody and Buzz), and Mickey and Minnie on Commissary Lane and Olaf at Celebrity Spotlight – all with little to no wait before the park opens. And to get fueled up for the rest of the day, they can partake in a hearty all-you-care-to-enjoy breakfast at ABC Commissary from 8-10 a.m. Disney Early Morning Magic at Disney’s Hollywood Studios takes place Mondays and Wednesdays from 7:45-10 a.m.


Back by popular demand, Sunset Showcase presents Club Villain, a special-ticketed event filled with fabulous performances, delicious food, bewitching cocktails and enchanting encounters with some of the greatest Disney villains.  The mysterious Dr. Facilier is host of Club Villain, welcoming his guests and friends from the other side to his parlor of mystical mishaps, with musical numbers and a wicked mix from his house DJ. Also stopping by to socialize are those divas of evil, Maleficent, Queen of Hearts, Cruella De Vil and the Evil Queen.

Club Villain provides a spellbinding evening for you to enjoy fiendish concoctions from the Potions Bar, savor culinary delights from New Orleans and beyond, mingle with the villains and dance the night away! Club Villain returns Fridays and Saturdays from Sept. 2 – Oct. 29, with an additional offering on Halloween, Oct. 31. This two-hour show experience will take place at 5:15pm and 8:30pm nightly inside the Sunset Showcase. Guests can check-in 30 minutes prior to the right of the entrance to Rock 'n' Roller Coaster® Starring Aerosmith.

The price is $129 per person (tax and gratuity included) and includes decadent delicacies with alcoholic and non-alcoholic beverages . Advance reservations are recommended and can be made up to 90 days in advance by calling 407-WDW-DINE or online at Disneyworld.com/Dine. A separate ticket admission to Disney’s Hollywood Studios is required.


A new larger  Bippity-Boppity Boutique opens at Disney Springs
Fairy Godmothers-in-Training will continue making magical transformations for Guests ages 3-12. Girls can choose a hairstyle then add make-up, nail color and accessories – even a Disney princess costume. Boys can join in the fun too, as they’re transformed into gallant knights. 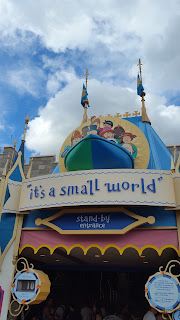