In September, I had a work trip to New York City so we decided to make another weekend of it. This time, we flew together so no worries about Glenn missing half the fun. Friday, we both worked from our respective city offices and then headed out to Brooklyn for an amazing dinner with one of Glenn’s co-workers. We ate until we had to be rolled out of there!

Saturday morning, we headed to the Intrepid Sea, Air and Space Museum. I was able to secure free tickets through Smithsonian Magazine Museum Day. I had never before toured an aircraft carrier. It was incredible. 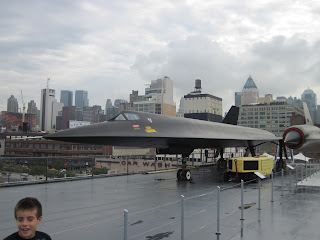 One of the highlights was meeting one of the men who served on the aircraft carrier during World War II. He was a mechanic and told us stories about how they moved the aircraft around the plane. My favorite moment was when Glenn asked, “Does it look like it did when you lived on it?”. He was trying to figure out what types of renovations occur on these types of aircraft carriers. The veteran answered, “Well no, it’s a museum now.” 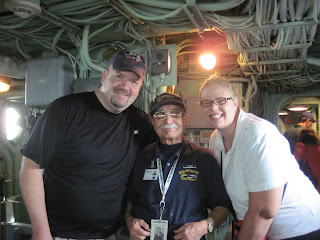 Just outside the museum, Yankee Fan Fest was going on. Glenn is a die-hard Red Sox fan, but I was happy to get some free ice cream, hummus, chips and pens. I even got to snag a self-heating thermal shirt Uniqlo before the store even opened. Yippee! From the pier, we headed over to Blue Smoke. An episode of Best Thing I Ever Ate on Food Network featured their potato chips so we had to check them out. We ordered several appetizers. I had my first ever deviled egg. It was pretty darn good. My favorite was the shrimp corn dogs. 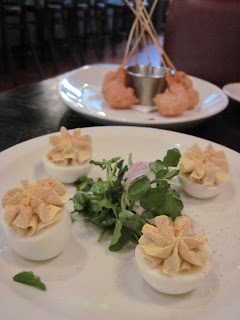 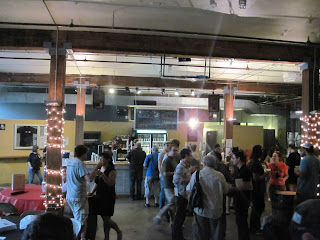 Softball teams were enjoying pitchers and pizza. We sampled the Oktoberfest, Weisse, Companion and Blast. This weekend was the last weekend of the NYC Craft Beer Week so we stopped at Mugs on the way back to the Subway to sample the BluePoint White IPA and Harbor Brewing Black Duck Stout. The White IPA was really good. Then it was time to head to Yankee Stadium. 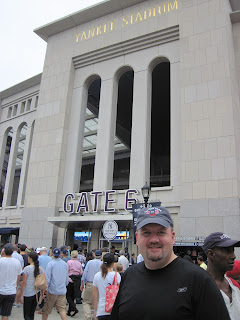 We got there early and walked around. We had great seats. Unfortunately, the Red Sox were not able to pull out a win, but we really enjoyed the afternoon at the ballpark.


Post game, we headed back to Chelsea to find a local bar for dinner and drinks. After a disastrous stop at Flying Puck (cranky bartender and mediocre beer), we consulted the Craft Beer app and ended up at Guilty Goose. The restaurant was only six months. We had a fantastic time sampling beers, chatting with the owner and eating their fantastic food. 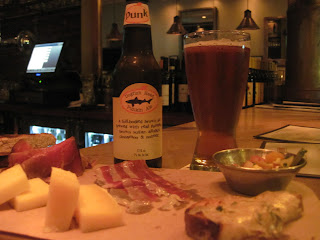 We liked it so much we went back the next day for brunch.


After brunch, we hit the submway to head to Governors’ Island Art Fair.

It was a contemporary art show so we had our usual reactions of confusion and occasionally liking an installation. 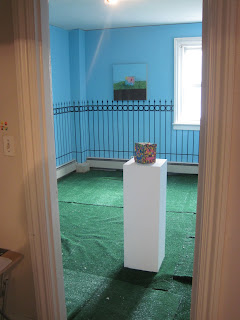 We had a few hours before our flight so we headed to Mustang Sally’s to watch the Patriots game. I love that we have been to NYC enough times that we now just act like we live there – hitting local bars for football rather than feeling pressured to see more.
Posted by Angie at 7:00 AM