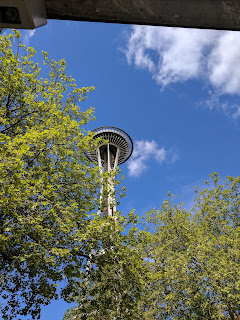 Tour: Best of Seattle- Past and present thrive side by side in Seattle, and you'll see many of the Emerald City's best highlights on this tour. View Seattle's sports stadiums; then, discover the historic flavor of Pioneer Square -- Seattle's birthplace dating back to 1852. Pass the International District and tour through the downtown core and shopping district. Circle the Seattle Center campus on your way to the Space Needle, where you'll soar to the top by elevator for an unforgettable vista of the skyline and Elliott Bay. Head through the gentrifying Belltown area to Pike Place Market -- the West Coast's largest and oldest open-air farmers' market. Browse the dozens of curio shops and local artisan stalls. Don't forget to check out Flying Fish -- one of the more famous vendors at the Market. 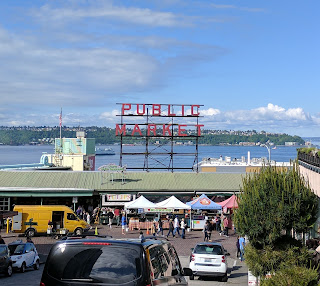 Tour: Panoramic Seattle- Visit places like the famous Pike Place Market, Space Needle and the world's first Starbucks. At the Pioneer Square and Stadium District you will learn about the art galleries and hip restaurants that surround the sports stadiums where local die-hards cheer on the Seahawks, Sounders and Mariners. Next head to the International District and see this multicultural environment.


Tour: Seattle Locks cruise through Puget Sound- This tour takes you thought the salt water of the Puget Sound into the fresh water of Lake Union via the Hiram M. Chittenden Locks. See how the locks work, learn about the fishing communities, see the Deadliest Catch boats, the Sleepless in Seattle floating home community and Gas Works Park.

Seattle Aquarium- Located on Pier 59 on the Elliott Bay Waterfront, the Seattle Aquarium is the ninth largest aquarium in the US. Originally opened in 1977 the Aquarium completed an 18,000 square foot expansion in 2007 including a 120,000 gallon exhibit. The animal collection is housed within six major exhibits. The aquarium is open every day but Christmas Day from 9:30 am to 5 pm. Some holidays do observe special hours.


Woodland Park Zoo- A 92-acre zoological garden dedicated to the conservation of wildlife. The Zoo features more than 1,000 animals representing nearly 300 species from around the world. The Zoo is open every day except Christmas Day. Hours from May 1- September 30 are 9:30 am to 6 pm and October 1- April 30 are 9:30 am to 4 pm.


Space Needle- One of the most famous landmarks in Seattle. Head 605 feet up and see jaw-dropping 360° views from the Observation Deck, including the majestic mountains, sparkling waters, towering skyscrapers, and beyond. Plus, use award-winning interactive technology to explore the icon’s history and Seattle’s sights like never before. Open daily, hours vary by day.


Pike Place Market- One of the few authentic farmer's markets in the United States, this hub of delicious scents, delectable eats and delightful personalities attracts nine million visitors a year. Popular attractions include the famous flying fish, Shug’s Soda Fountain, the Daily Dozen Doughnut company and the Gum Wall. The market is open every day except for Christmas Day and Thanksgiving Day. Visitor Guide and Kids and Family Guide


The Pacific Science Center at Seattle Center: Offers hands on activities, a Planetarium, a Laser Dome, two IMAX theaters, and live science demos. Open daily from 10 am to 5 pm, Monday- Friday and from 10 am to 6 pm Saturday, Sunday and holidays.


The Seattle Children’s Museum at Seattle Center: A great play space for children 10 months to 10 years old. There is over 22,000 square feet and 13 exhibits for children to explore. Several programs included with admission are offered such as arts and crafts, scavenger hunts, story times and much more. Open Tuesday- Sunday from 10 am to 5 pm. Closed on 1/1, 12/24, 12/25, and Thanksgiving Day. 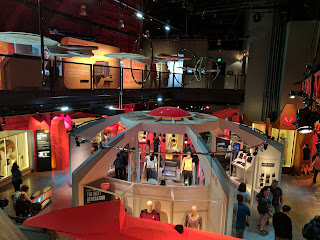 The Museum of Pop Culture: Located next to Seattle’s historic Space Needle, the museum houses some of the world’s most legendary pop culture artifacts. Test your DJ skills in Sound Lab, and get the scoop on the world’s most mesmerizing producers of pop culture. Hands-on experiences, iconic artifacts, and award-winning exhibitions featuring luminaries in the fields of music, literature, television, and film. Open daily except Thanksgiving, and Christmas Day. Summer hours are 10 AM to 7 PM and winter hours are 10 am to 5 pm.


You may want to consider purchasing the Seattle City Pass if your plans have you visiting the city for a few days. The City Pass includes the following attractions, Space Needle, Seattle Aquarium, and Argosy Cruises  Harbor Tour. In addition you have the option to choose between the Museum of Pop Culture or the Woodland Park Zoo and Chihuly Garden and Glass or the Pacific Science Center. The pass has a savings of 46% off admission to these attractions.